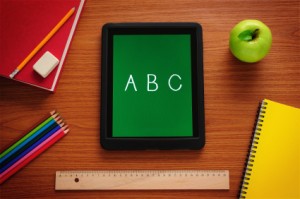 Guest Post: Jas Kooner, teacher at Woodward Hill Elementary, provides this article. She tells the story of her school and shares the video that premiered at the Engaging the Digital Learner Series. With repeated requests for the video, you can now read their story and watch the video here.

Woodward Hill Elementary is an ordinary school with some typical students learning in some extraordinary ways.  As you walk the hallways, you will find students engaged in audiobooks, writing on blogs, communicating with other classrooms around the world using Skype or Google Hangout and sharing their learning using a variety of ways, whether it is a live drama skit or a Comic Life creation.  Students and teachers are engaged and using the tools they need to further their learning. 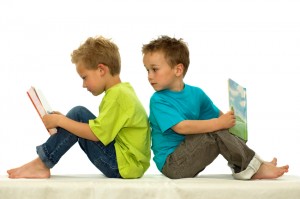 It has been a quite the journey to get to here. This journey began before the school was even built.   A lot of thought and discussion went into developing a vision for the school.  Our staff was very pro-active in having input into decisions that were being made by all of the people involved in the construction and furnishing stages of opening a new school.  For example, electrical outlets were placed in the ceilings for LCD projectors and conduit for the wiring in the walls. Classrooms were equipped with large speakers in the ceilings to enhance sound. The PAC contributed by entering the Keg’s Thanks a Million contest and winning $25 0000 to purchase a set of iPads for the school.  Using new technology was part of the vision established for the school.

Once the school opened, there was a steep learning curve for everyone. To be provided with the opportunity to use technology was one thing but to know how to use it was another.  Teachers had to learn independently and with their colleagues how to best use SmartBoards and iPads in their curriculum.  Teachers had to mentor and share their learning with each other.  Everyone soon realized that daily teaching activities were easier because of technology such as the document camera and speakers in the ceiling of each classroom.  Even teachers who were wary of using computers and iPads found the document camera to be an essential part of every day.  Slowly, technology began to transform teaching and learning at Woodward Hill Elementary. 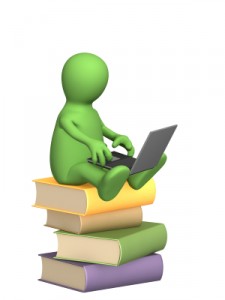 Now, technology is being used as a tool where it fits in naturally for teachers and students. Differentiating learning is made much easier using technology. If a student has difficulty reading content area text, they are using audiobooks.  If a student has difficulty showing their learning by writing their thoughts, they are given the opportunity to use DragonSpeak, or Educreations or any number of other tools where they can share their understanding visually.  Learning Support Teachers (LST) have a set of 10 iPads in their room that kids who need support use without prompting even if it is not their LST designated time.  This puts students in the driver’s seat of their own learning.  They use the tools that help them learn best.

Students who would traditionally have difficulty organizing their work and space seem to thrive using technology.  They can save their work to DropBox in specific folders and find it easily.  Many students with a lack of fine motor skills use technology because they can take pride in the neat and tidy appearance of their work.  This, in turn, boosts their self-confidence as learners and they can see themselves as “successful.”

All of this has happened slowly over time and it is still happening because each teacher is in a different place in his or her own learning. Actually, it has happened in such a way that teachers don’t think that what they are doing is anything special.  We decided we needed to document the journey that our school had been on in a video in order to share our learning with each other and our parent community.  Creating this video was a very eye opening experience.  We had to ask staff to share with us what they were doing in their classrooms and at first there was hardly anybody willing to share.  Everyone thought that what they were doing was very ordinary and not worth sharing.  However, as we stepped into different classrooms to take photos or videos, we were struck by how many teachers were using technology to enhance their students’ learning and how many different ways technology was being used.  As we took video and photos we realized we had more material than we could fit into one video.  We needed to put the pieces of the puzzle together to tell a story, our school story, bringing out some common themes.

Once we had a rough copy of the video we shared it with first a small group and then the staff for the purpose of editing it, so that people could point out spelling mistakes and give input into making it better.  Instead what ended up happening was that everyone wanted to talk about what was happening in the classrooms and share ideas. Sharing the video made for a rich conversation. We learned that conversations about what we do, and sharing, even if we think it’s ordinary can be powerful, like it is here, where we share our school story:

Postscript from Elisa Carlson:  Special thanks to the whole staff who contributed to the video and to Anne Mackie, Principal, for her visionary leadership. Anne reflects… “It has been such a gift to be able to start a new school like this……and then have a year like we have had where the staff are happy, the parents are happy and the students are happy and successful……I think we all feel that we are part of something special.” We wish her all the best as she wraps up her year, her career and forges ahead on her new learning journey. Thanks to the staff, to Jas and Anne, for sharing their story.