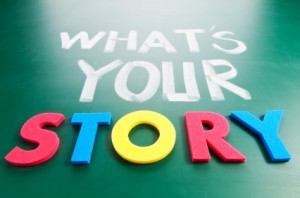 James Ardiel had an eye opening and inspiring year. At the end of the last school year we were ecstatic to hear that we were one of the Surrey schools who were successful at a proposal for an Innovative Learning Design (ILD) Grant. Our principal and a few staff members proposed that we would work on the following question: How can the use of digital technology assist students designated with special needs in their attitude/engagement in learning and their academic achievement?

As we were putting in our order for the new school year, I have to admit our excitement moved towards all the iPads were going to get. We couldn’t wait to get our hands on all those babies!

At first it was all about the technology pieces, the iPads, projectors and wifi. I myself entered a huge learning curve of being thrown into the steps involved in the technicalities of maintenance, tracking and distribution. In particular, the lists of recommended apps were thrown at us from everywhere; all the possibilities were overwhelming.

Right from the beginning we were advised to be thoughtful about the apps that we bought. We struggled with the excitement, and installed apps that sounded great. Eventually, though, we agreed that if the app did not help with creating, collaborating, communicating, or developing critical thinking skills we would think twice about uploading it… Even if it was free!

Then, something magical happened. Because of the nature of the technology and the inspiring professional development the district provided, we were able to just let go and our students stepped up to the challenge. We could feel that our students understood the importance and the privilege they were being given… that this was not “normal”. They did not want to disappoint, they wanted to prove to us that we made the right decision to let go. Believe me, this was a really difficult thing for us to do especially since a Kindergarten class was involved. What if they break something, what if they mess it up, what if they are silly and get off task, what if they behave inappropriately online? The more I heard and stated “student led learning… it’s all about the students”, it became a mantra. Everything our tech team decided on came from this philosophy.

We were there to facilitate 21st century learning and it was exhilarating for our students and us. Some highlights were students participating in project based learning, genius hour, blogging, class websites and mystery Skype.

Another indirect result of the ILD grant was collaboration. The grant encouraged us to collaborate with other staff members and students. Teachers directly involved with the grant offered assistance to those who wanted to introduce the new technologies to their classes. Students collaborated with each other and reached out to other students beyond their fellow classmates. Students and teachers reached out to experts around to world to help them in their learning. The library became a “learning commons”.

Which brings us to the ILD grant celebration project. Of course, the tech team teachers could not do it… we handed it over to our students to show us how the ILD grant changed their learning this year. Plus, they knew how to use the creative apps better than us!

A small group of girls were chosen to produce the iMovie below. They took pride in what they were doing, and understood how important it was. As I made myself a fly on the wall, I heard them discussing criteria for students that would be able to speak on behalf of the school, what parts to cut out of people’s responses, what the audience would like to hear, etc. One questions in particular I loved was; “Well you know everyone thinks he’s cute, but all he is talking about is Angry Birds and Star Wars. What does that have to do with school and how the grant changed his learning?”

Here was critical thinking, collaboration, communication, and creativity all working together! This project was just one example of the many that occurred throughout the year. So, did the use of digital technology assist students designated with special needs in their attitude/engagement in learning and their academic achievement? YES, but it clearly went beyond this group of students!

It has been an amazing year due to the ILD grant. It definitely has been a catalyst for all of us to reflect on the way we teach and the way students’ learn. We can’t wait for the next school year, when we can just hit the ground running.